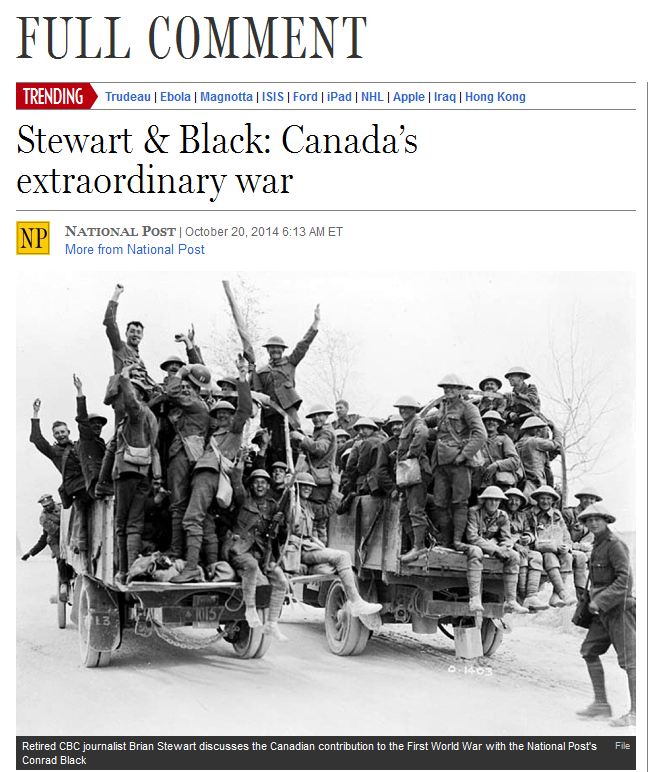 To mark the 100th anniversary of the start of the First World War, the Vimy Foundation hosted an event on October 6, 2014 at the Royal Canadian Military Institute in downtown Toronto, where retired CBC journalist Brian Stewart had a discussion with historian and National Post columnist Conrad Black. The theme of the evening’s conversation was “1914-2014: A Century of Aftershocks.”

The National Post attended this event and printed a transcript of their discussion on October 20, 2014. It has been edited for length and clarity. You can find the text of the article here: http://fullcomment.nationalpost.com/2014/10/20/stewart-black-canadas-extraordinary-war/