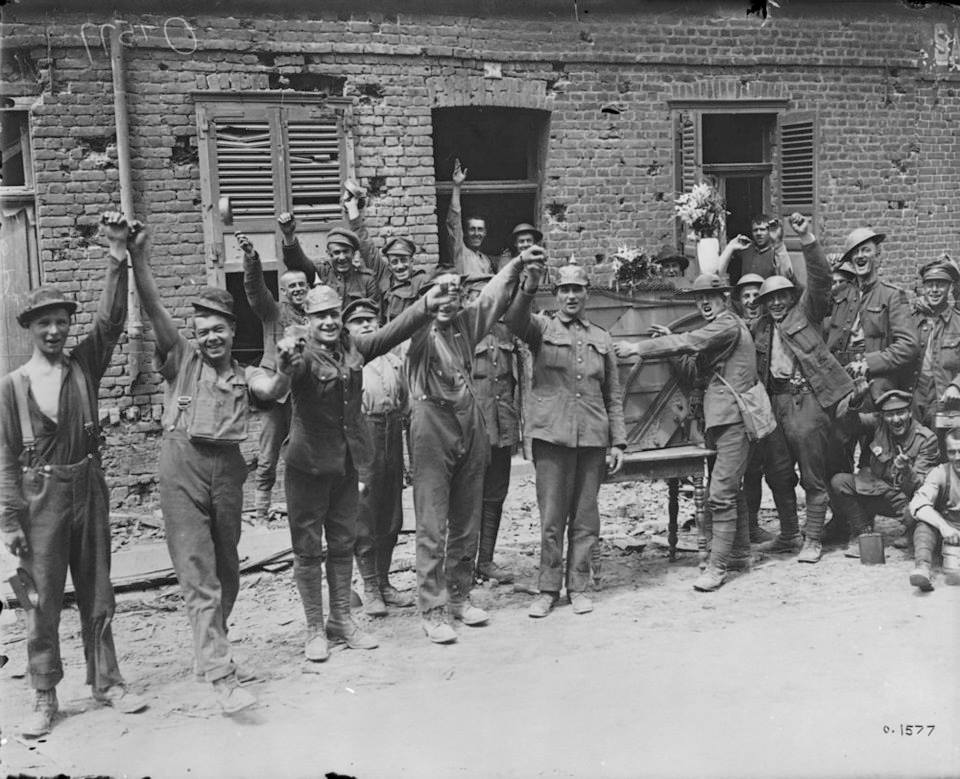 The Canadian Corps attacked Vimy Ridge 98 years ago. The German position had successfully resisted earlier Allied attacks, and it was heavily defended. But the Canadians took the ridge and in the process made the Corps’ great reputation.

By 1917, Canadians had been fighting for two years. The raw levies that held the Germans off at Ypres in April 1915 now were experienced soldiers. But the key to the success at Vimy came when Byng sent General Arthur Currie of the First Canadian Division to study the methods of the French. Currie learned they emphasized reconnaissance and used air photos extensively, distributing them widely. When they attacked, their objectives were geographical features, and the French rehearsed their tactics. Currie recommended the Canadians, like the French, follow suit. In the battle for Vimy Ridge, Currie’s ideas played the decisive role.

Every man at Vimy knew his task. Indiscreetly, Pte. Ronald MacKinnon of the Princess Patricia’s Canadian Light Infantry wrote to his father:

“We have a good bunch of boys to go over with and good artillery support so we are bound to get our objective alright. I understand we are going up against the Prussian Guards.”

When the assault troops went over the top at 5:30 a.m. on Easter Monday, they attacked in snow and sleet, the wind driving into the enemy lines. Their attack began with “the most wonderful artillery barrage ever known in the history of the world,” one officer wrote. Behind the barrage, the men moved forward over the badly broken ground, “now walking over the open in all directions,” wrote Padre F.G. Scott. “German prisoners were being hurried back in scores.”

Stunned by the Canadians’ success, the Germans retreated. The Corps, having sustained 10,602 casualties, dug in after a gain of 4,500 yards.

Byng received a promotion to command Britain’s Third Army. Replacing him was the 41-year-old Currie, the first Canadian to command Canada’s army in the field.