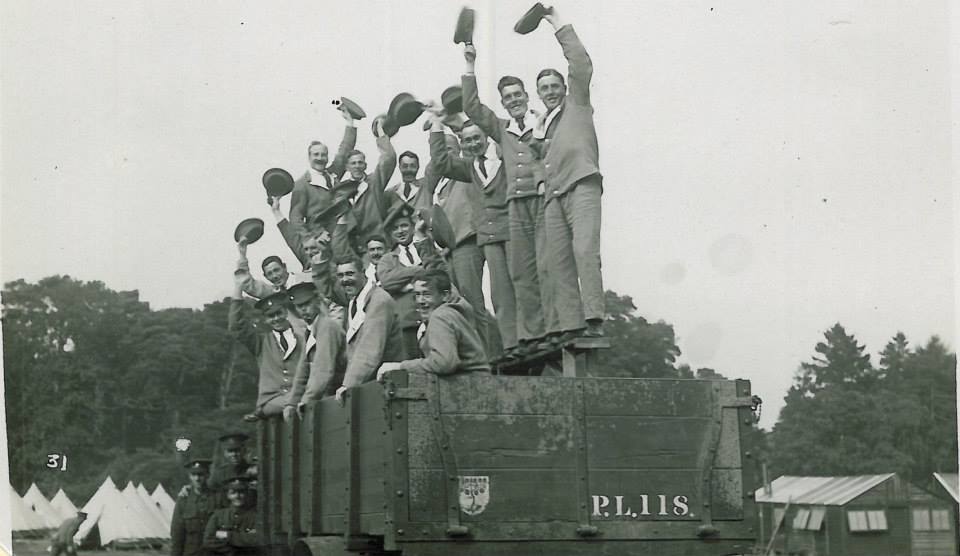 “NATIONS ARE MADE BY DOING GREAT THINGS TOGETHER” – RENAN

Canada’s celebration of its victory at Vimy Ridge on 9 April 1917 owes much to a French historian and philosopher, Ernest Renan. “Nations,” he told his students, “are made by doing great things together.”

As dawn broke on that morning at Vimy, close to a hundred thousand Canadians poured from trenches, dugouts and tunnels, surged up a slope and conquered an enemy position considered impregnable by its German defenders and, frankly, by Canada’s allies. Only one of the four Canadian divisions failed to conquer all its objectives by noon on the 9th but by April 12, a cheeky telegram from a brigade commander “I am King of the Pimple” told Canadian commanders that the job was complete.

Canadians should remember that Vimy Ridge was not their triumph alone. British artillery and the elite 51st Highland Division helped make victory possible. A visit to the nearby French military cemetery, Notre Dame de Lorette, reminds us that ten times as many French soldiers died to bring the Allied line to the edge of the Ridge as well as providing visitors on a clear day with the best view of the Canadian objective.

It was a costly victory. Ten thousand Canadians lay dead or wounded on the 9th: the worst day’s losses for Canada in the war. A British military advisor, Major-General Willoughby Gwatkin, had warned Sir Robert Borden’s government that voluntary recruiting could only keep two divisions in the line. Vimy’s losses forced Canada into the deeply divisive policy of conscription: forcing young men to serve, a policy that divided Canadians more deeply than ever before. What choice did Sir Robert Borden’s government really have? With the congratulations of his fellow premiers ringing in his ears, could he even think of announcing that Canada’s fighting army would be cut in half? Canada’s fragile unity was another casualty of Vimy Ridge.

Vimy was followed by other Canadian victories, some of them even greater feats of arms. Sir Arthur Currie, Canadian Corps commander after Sir Julian Byng, the victor at Vimy, was promoted, boasted that he had won an even better victory at Lens when he persuaded his British commander-in-chief to let the Canadians capture Hill 70, forcing the Germans to counter-attack at enormous cost in German soldiers’ lives. Currie’s arguments for smarter tactics carried weight chiefly because of Canadian success at Vimy. The Vimy experience provided a pattern for future successes. The Canadians had rehearsed tirelessly before the battle. They dug trenches and tunnels and piled tons of ammunition for the heavy guns that pulverized German trenches and wiped out most of the German artillery hidden behind Vimy Ridge. The motto for Canadian success was “thorough”. Nothing that could help soldiers succeed would be ignored. Digging trenches and tunnels and lugging artillery shells through miles of wet, muddy trenches was brutally exhausting work. Soldiers grumbled and complained but they needed to win the war before they could go home. Exhaustion was a small part of the price.

The Vimy victory shaped a Canadian way of making war. Other nations might celebrate flamboyant valour or dogged sacrifice; Canadians built on the conviction that only thorough preparation could spell success. At Hill 70, at Amiens, in crossing the Canal du Nord and even by capturing Passchendaele in October 1917, Canadians could take pride in their “ever-victorious” Canadian Corps. No one claimed that their general, Arthur Currie, was a charismatic commander. Few soldiers realized that he took his best ideas from men in the ranks of his Corps.

In August 1918, Borden and other premiers from the British Empire agreed that the war was destined to last two or three more terrible years. It ended on November 11. At Valenciennes on November 1, with Vimy-style tactics the Canadians collapsed the last German defensive line. Ten days later an Armistice was signed. Canadians had done a great thing and, with French and English, First Nations and recent immigrants, they had done it together. As Renan had foreseen, Canadians had shaped a nation. Back on Vimy Ridge, a grateful France gave them land to commemorate their success and their sacrifice. Let us remember the cost and the achievement.