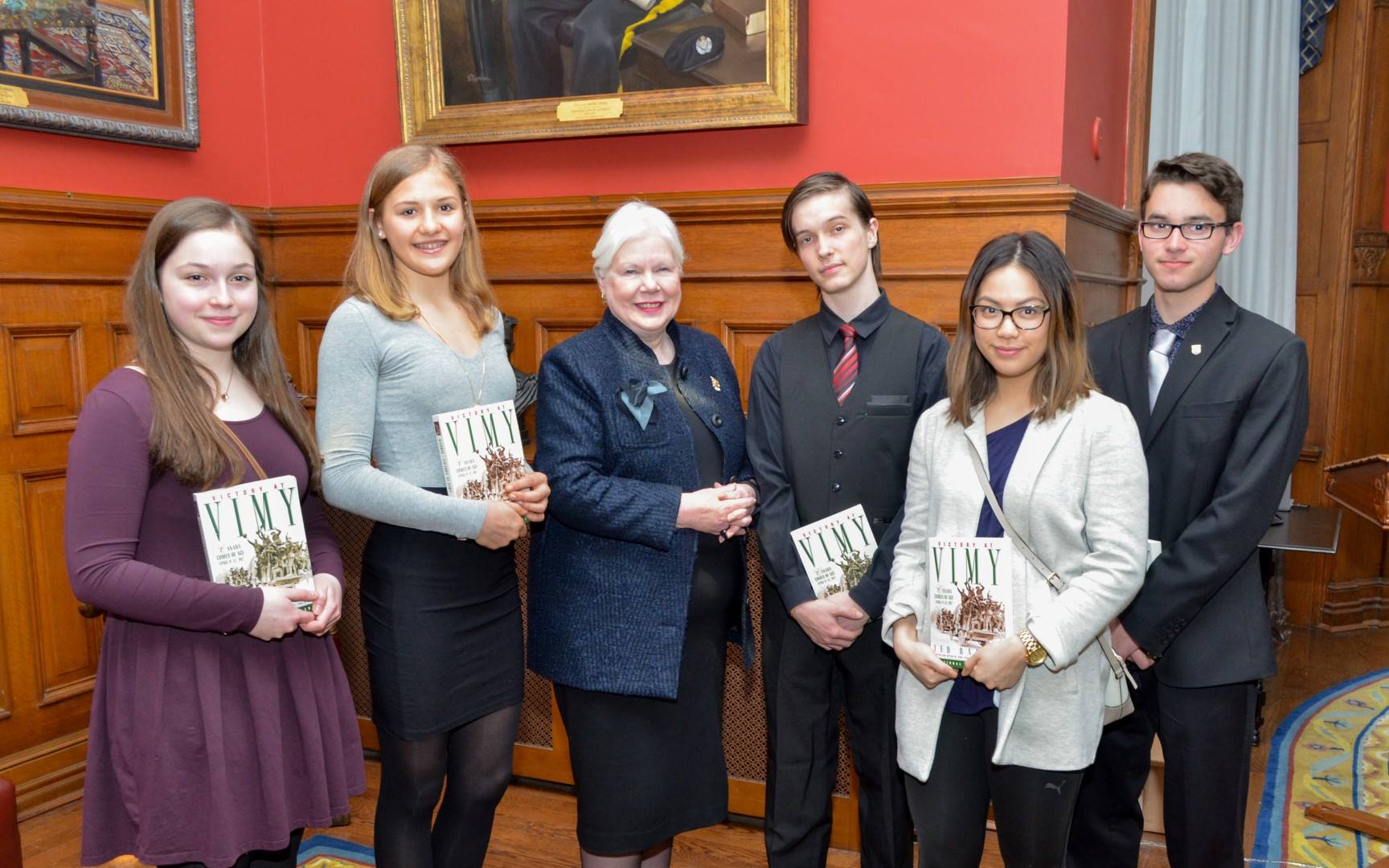 Her Honour the Hon. Elizabeth Dowdeswell, Lieutenant Governor of Ontario,will host a reception on March 22, 2016 to recognize Ontario winners of the Vimy Pilgrimage Award.
Presented by the Vimy Foundation, the award recognizes 20 young people who have demonstrated outstanding service, contributions, leadership, or bravery. As part of the award, recipients will participate in a week-long educational program in Belgium and France, from April 3 to 11. The program will include education sessions and trips to sites important to Canada’s involvement in the First World War.

The Lieutenant Governor will join the student delegation on April 8 and 9. The visit will culminate on April 9—Vimy Ridge Day—at the Canadian National Vimy Memorial, where Her Honour will place a wreath during a ceremony of remembrance marking the 99th anniversary of the Battle of Vimy Ridge.

Find out more information on the event and Ontario’s role in the First World War here. микрозаймы