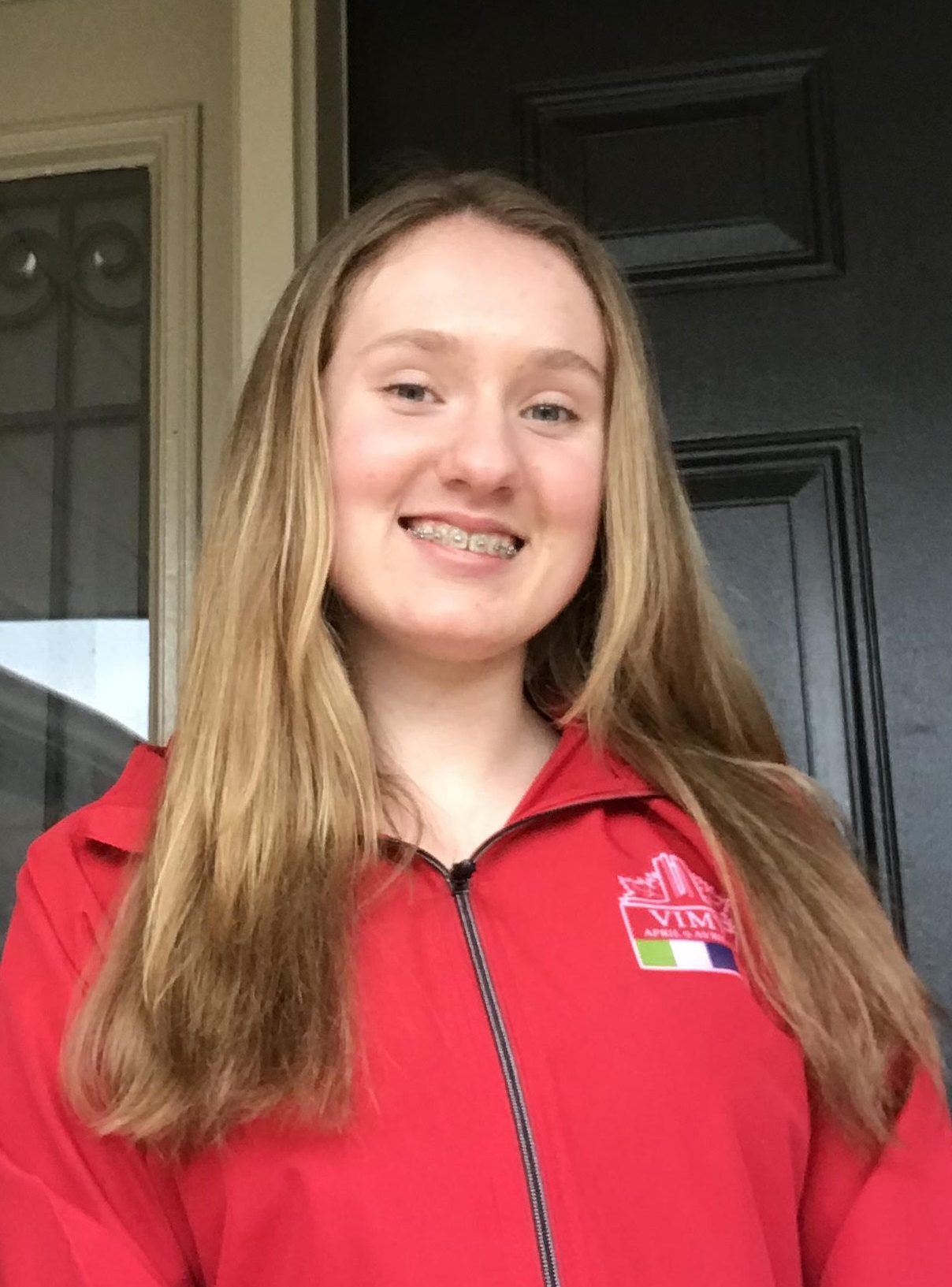 On April 9th, 2020, Vimy Pilgrimage Award recipient Alexandra Elmslie from Guelph, ON, had the chance to talk to Margaret Willoughby, daughter of Colonel Archer Fortescue Duguid who was at the Battle of Vimy Ridge and whose words are etched into the Canadian National Vimy Memorial. Elmslie writes about the significance of this Vimy Ridge Day call below.

As youth today, we aren’t often provided with the opportunity to reach into the past and make a personal connection with someone having first-hand knowledge of a historical event.  Recently, I was given the opportunity to speak with Margaret Willoughby, daughter of Colonel Archer Fortescue Duguid, one of the brave soldiers who fought at Vimy Ridge in 1917. Being one of the recipients of the 2020 Vimy Pilgrimage Award, I was very excited about this opportunity to learn more about Margaret’s father, who played an integral role in one of Canada’s historic military battles.

Margaret was eager to share her remarkable story with me, speaking not only of her father’s involvement in the Battle of Vimy Ridge but also of his extraordinary influence in Canadian history. Margaret spoke very fondly of her father, primarily recalling memories of them together in his study as he wrote.

She expressed great pride in his accomplishments, explaining how her father became the inaugural Canadian historian for the First World War and how his aptitude for writing led him to compose several historical publications. His penchant for writing was forever immortalized when his phrase, “To the valour of their countrymen in the Great War and in memory of their sixty thousand dead this monument is raised by the people of Canada,” was chosen as an inscription on the Canadian National Vimy Memorial.

More importantly, however, she spoke to me about her father’s participation in the Battle of Vimy Ridge. She recalled her father’s stories about his time in the underground tunnels before the battle where his fellow comrades and him inscribed their names on the limestone walls.

I am unable to express how truly incredible the experience was for me to personally hear about a soldier’s experience during Vimy through Margaret. It helped me appreciate the Battle of Vimy Ridge from another perspective, deepening and illuminating my knowledge of this historic event.

When I travel to Belgium and France with the Vimy Pilgrimage Award, her perspective will undoubtedly influence my experience. When I look at the monument and read the inscription, her heartfelt pride in her father’s accomplishments will no doubt come soaring back to me.

This experience also served as a reminder of the critical role our generation plays in preserving the memory of the First World War over one hundred years later. Throughout our conversation, Margaret was insistent that her father’s memory, and that of his fellow soldiers, be kept alive by our generation.

As the past recedes further recedes from us, it is crucial to continue remembering the hardships endured and the sacrifices made by those who fought for a larger purpose than themselves, a task which Margaret and countless others like her hope our generation can fulfill.

As we undergo this global pandemic, it’s important to remember all the difficult times our nation has endured. Speaking with Margaret reminded me of our ability, as a people and as a nation, to persevere in the face of adversity, a trait as prevalent today as it was in 1917. We are once again called together to unite as one people fighting for the common good; we are called to unite in the face of a common enemy and put the welfare of all Canadians at the forefront of our minds.