In November 2016, the Vimy Foundation was contacted by a Value Village in Ajax, ON. A large scrapbook of photos and travel souvenirs had been turned into them some months earlier. Staff had recognized its historic value, and held on to it for months in the hope that a family member would come to reclaim it. They reached out to us at the Vimy Foundation for help, as some of the photos were taken at the Vimy Memorial in France.

This photo album is incredible. It is a scrapbook put together from the original Vimy Pilgrimage in 1936, when veterans and their families from all over Canada travelled to France for the unveiling of the Vimy Memorial. This was the largest group of Canadians to have travelled to France since the First World War ended. Even more special, within the scrapbook was the original Vimy Pilgrimage Medal awarded to all those who made the journey overseas, back to the battlefields and cemeteries in Europe. 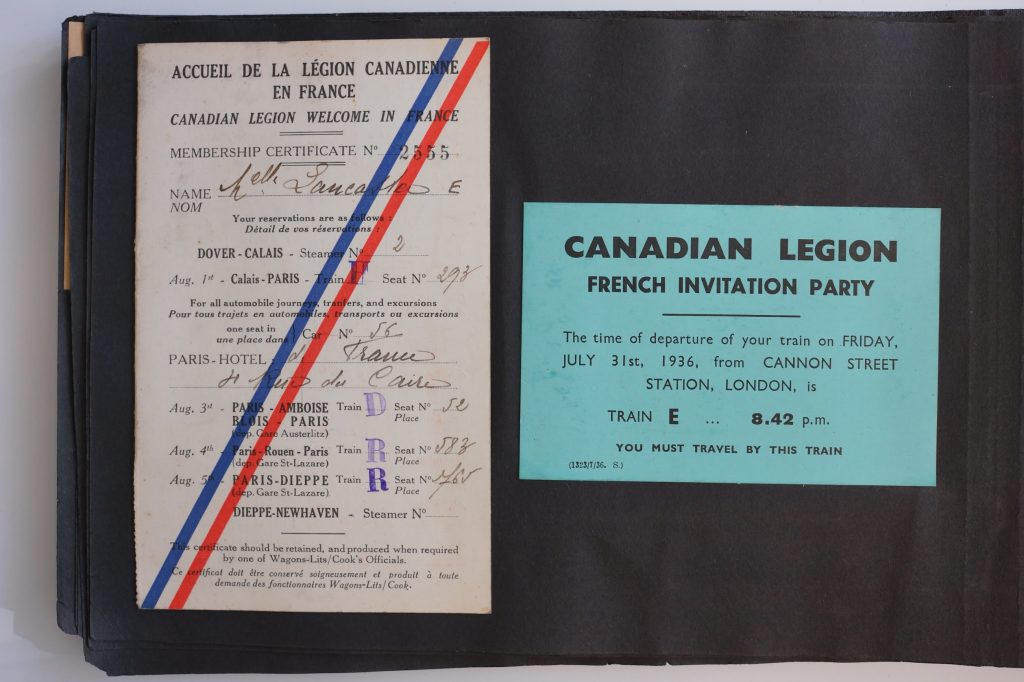 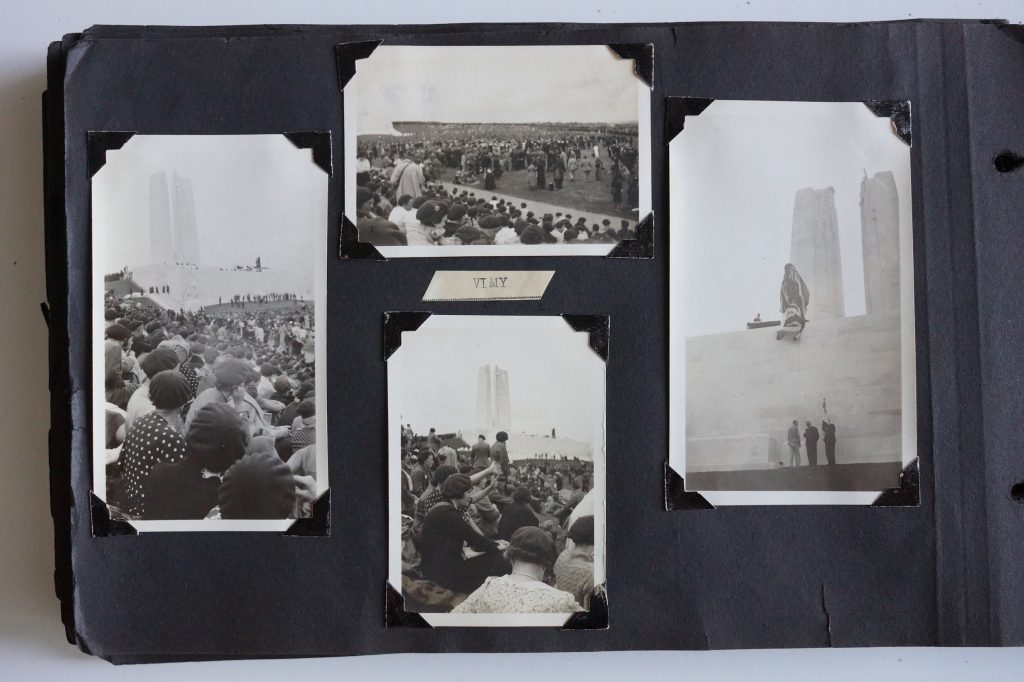 We believe it was originally created by Miss E. Lancaster, a staff member of Eaton’s at the time with a relative in the war. We have spent months pouring over the images, looking for additional clues that would help us identify her relative from the war, connect with her extended family, and contacting people and organizations that may have been able to help. However, to date all roads of inquiry have led to a dead end – we have not been able to make any current family connections.

If this scrapbook was donated accidentally or was not in the hands of family members, we would love to return it to the rightful owners. There are also photos contained here with many other people – others who travelled on the same ship (HMS Champlain), others within the Eaton’s contingent, and other Vimy Pilgrims. Perhaps you’ll spot a photo of a relative who also made this historic pilgrimage to Vimy Ridge! 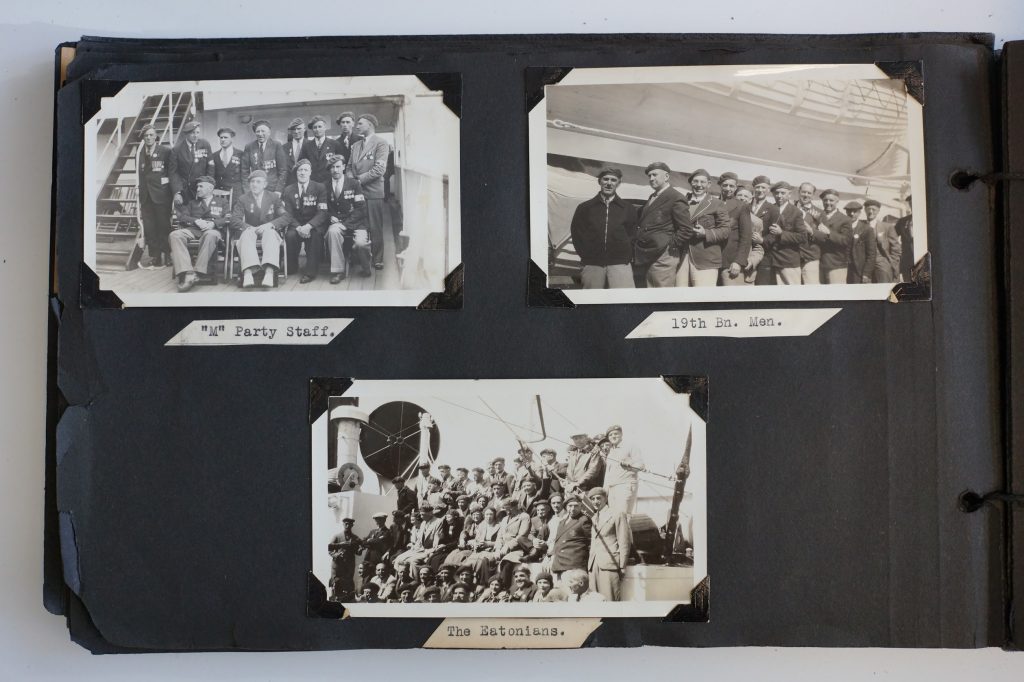 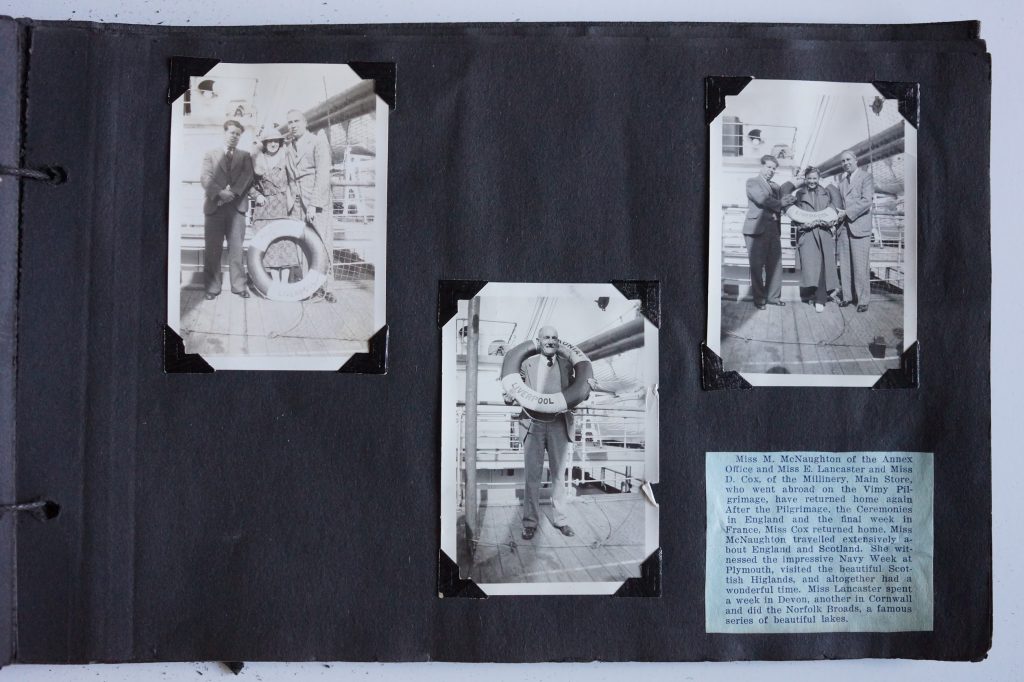 Thank you to our amazing Facebook follower Debbie Lee Jiang! Through some research she was able to discover some additional family details about our mystery scrapbook of Miss. E. Lancaster.

Miss E. Lancaster’s relative who served in the Great War: her father, Mr. Hubert B. Lancaster, of Toronto. She was his only child, being 14 when her 35 yr old dad went off to serve in 1915 with the 123rd Battalion. Hubert Bertie Lancaster, a carpenter by trade, was born in Yorkshire, England, son of William Lancaster.

It appears that Elsie Marion Lancaster, Vimy Pilgrim, never married and was buried with her parents at Mount Pleasant Cemetery, Toronto in 1994.

The Tour de France has strong connections to the First World War. The 12th Tour in 1914 began the same day Archduke Franz Ferdinand was assassinated, setting off a string of events that led to the outbreak of war. Of the 145 cyclists who started the 1914 Tour de France, 15 would die during the First World War, including three previous Tour champions: Lucien Petit-Breton Mazan (winner in 1907 & 1908), François Faber (winner in 1909) and Octave Lapize (winner in 1910). The 13th edition of the Tour de France took place in 1919, and due to the years of war and the poor conditions of roads, the average speed of riders and the number of officially finishing cyclists (ten) were the lowest in history.

Cyclists themselves made an important contribution to the war effort 100 years ago.  “It was during the last 100 days of the war that the Canadian Corps Cyclist Battalion came into its own. Freed from their earlier manual labour, the cyclists began to perform the intelligence work for which they had been trained. Sent in advance of the infantry to keep in touch with the retreating enemy, the cyclists acted as battalion runners, dispatchers and scouts, as well as soldiers who took part in direct combat.” John McKenty, Canadian Cycling Magazine (link) 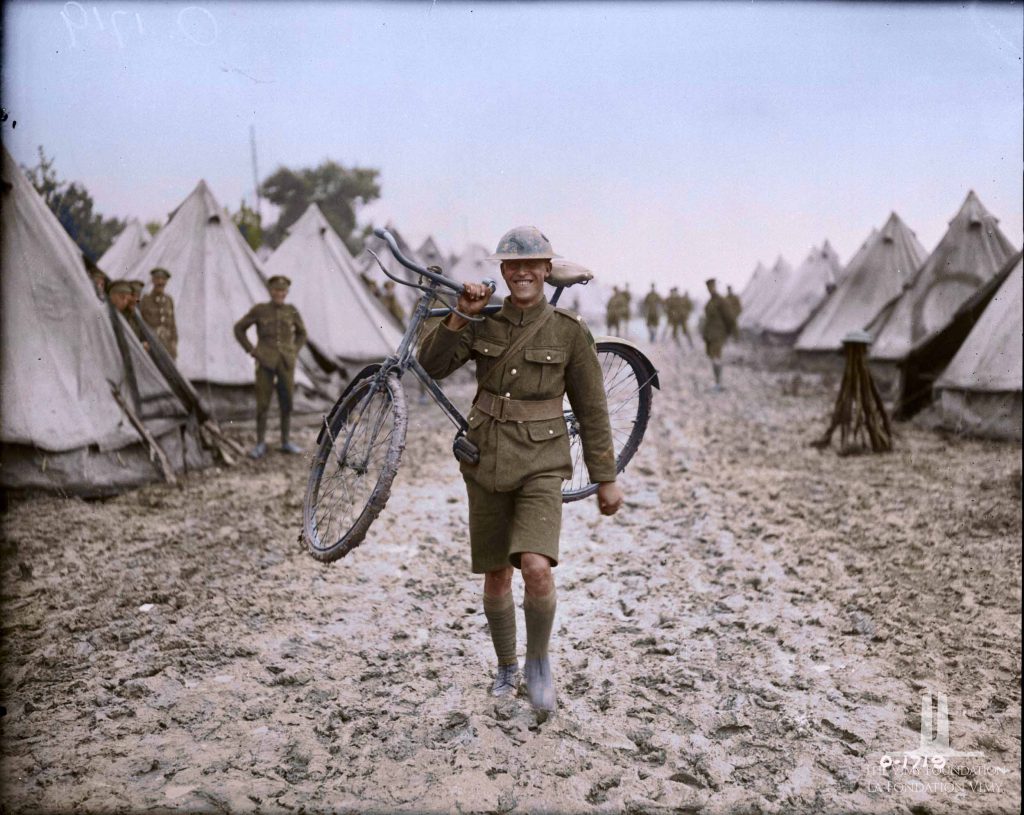 Unable to ride his cycle through the mud caused by the recent storm. A Canadian messenger carries his “horse”. August, 1917.  Library and Archives Canada/ PA-001581 (modified from the original).

Saturday’s Tour de France stage ends in Amiens. Nearly 100 years ago, the  Canadian  Corps  were  secretly  moved  to  the  Amiens  front and the Battle of Amiens began on August 8. Amiens  was  an  astounding  success,  the  largest  one  of  the  war  so  far  for  the  Allies. However,  the  eventual  victory  came  at  a  very  heavy  cost: 11,822 Canadian casualties. 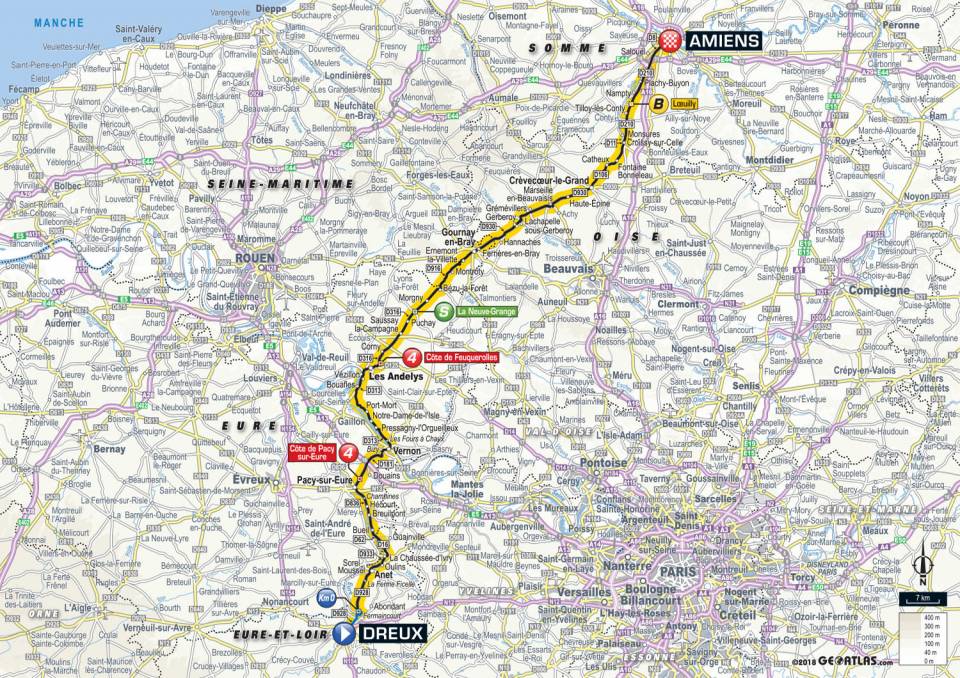 On Sunday, July 15, the Tour de France stage visits many of the sites that Canadians (and Allies of course) fought at during the final 100 days of the First World War, including Arras, Cambrai, and Auberchicourt. 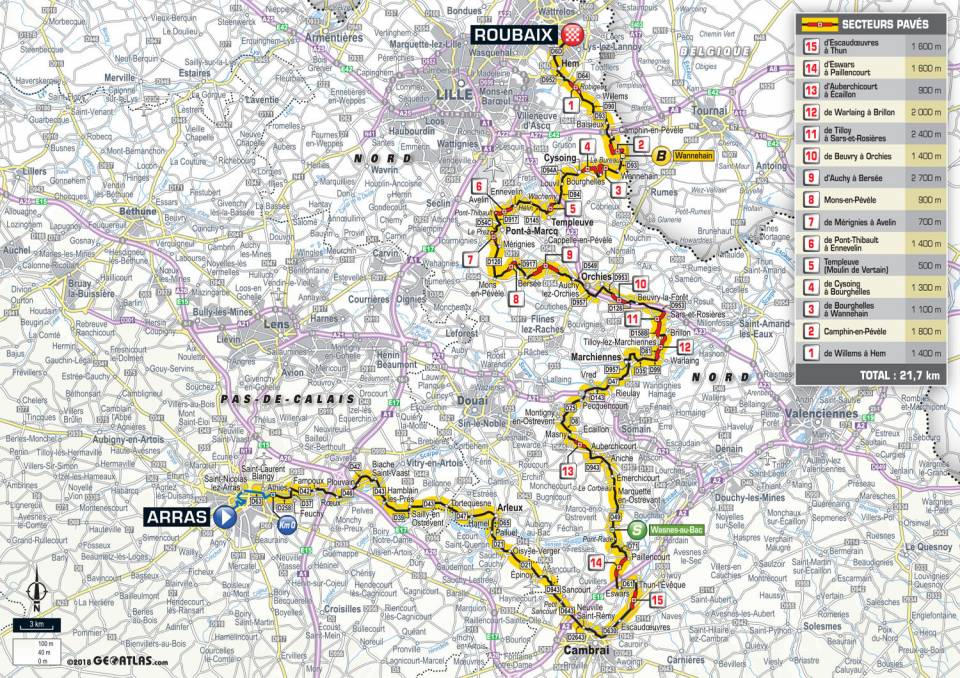