In February 1918, the classic Civil War anthem, “Battle Hymn of the Republic”, topped American music charts for six weeks, spurred on by widespread patriotism as the country prepared to send thousands of more men to Europe. Below is the version released in 1918 by the Columbia Stellar Quartet & Charles Harrison :

#OnThisDay in 1918, the final plans for the Zeebrugge and Ostend Raids were submitted for approval. Britain had continued to suffer shipping losses from enemy submariens and, with the Commonwealth armies recovering from the battles of 1917, it was clear that Germany’s “Flanders Flotilla” harboured in Bruges could not be dealt with overland. The losses were felt even in Canada, where the Royal Canadian Navy was left scheming how to defend its shipping lanes “with only slow, inadequately-armed auxiliary vessels, trawlers and drifters” (Gimblett, The Naval Service of Canada, 1910-2010: The Centennial Story, p. 35). If something drastic was to be done about the Flanders Flotilla, it would fall to the Royal Navy and Royal Marines.

Today is Yukon Heritage Day! Do you know about “Klondike Joe Boyle”, one of Canada’s most legendary First World War figures who never formally enlisted with an active military force?

Joseph Whiteside Boyle, was born in Toronto, Ontario in 1867. An entrepreneur with an engineer’s ingenuity, Boyle headed north in 1897, arriving in Dawson City, Yukon just as the Klondike Gold Rush began. A savvy businessman,  Boyle built up a massive gold dredging operation, earning himself the nickname “Klondike Joe Boyle”.

Following the declaration of war in 1914, Boyle offered to raise an entire machine gun unit, which was readily welcomed by the Minister of Militia, Sam Hughes. Reaching France in August 1916, the Yukon Motor Machine Gun Battery was attached to the 1st Canadian Motor machine Gun Brigade. It would serve with distinction at Courcelette, Vimy Ridge, Passchendaele, the German Spring Offensive of 1918, and in the Hundred Days. Meanwhile, back in Canada, desperate to be nearer to the action, Boyle left the Klondike for England in 1916. Too old for military service, Boyle was made an Honourary Colonel of the Canadian militia. Still dissatisfied, Boyle volunteered with the American Corps of Engineers.

By 1917, Boyle had found his way to Russia, befriending the Tsarist family and re-organizing the faltering Russian railway system that had hindered the country’s war effort. Arriving in Tarnapol as the Russian defenses crumbled, Boyle, without military authority, took it upon himself to organize an emergency defensive line that held long enough for the Russians to make an orderly retreat. Following the Russian Revolution in November 1917, Boyle managed to smuggle the Crown Jewels of Romania out of the Kremlin and return them to the Romanian royal family.

In 1918, Boyle worked with British secret service agents to organize acts of sabotage against German and Bolshevik forces. Together, they oversaw a network of approximately 500 spies. In Romania, Boyle mediated a ceasefire and in April rescued 70 high-ranking Romanians held captive by revolutionaries in Odessa. After the war, he secured a $25-million credit from the Canadian government to the country of Romania.

In all, “Klondike Joe Boyle” was granted the title of “Saviour of Romania” and awarded the Star of Romania with sash, the British Distinguished Service Order, the French Croix de Guerre and the Russian Order of St. Stanislaus. The government of Canada has never officially recognized his actions.

Following his death in 1923, an unknown woman dressed in black visited Boyle’s grave to place flowers. The mysterious visitor returned each year until the death of Queen Marie of Romania in 1938. 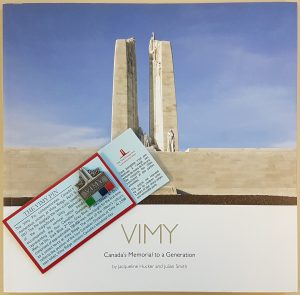 We recently reached 10,000 followers on Twitter, and had a giveaway to celebrate! Joanne from Nova Scotia was our winner, and we are sending her a Vimy lapel pin and a copy of “Vimy: Canada’s Memorial to a Generation.” Not yet following us on Twitter? You can find us at @vimyfoundation.

“One of American Harvard vanguard, entering Canadian service in 1916”

Epitaph of Lieutenant Phillip Comfort Starr, Royal Engineers, 20 February 1918. Phillip was born in Chicago, Illinois and attended Harvard College from 1910-1912, before leaving to work as a mechanical engineer. In 1916 he crossed into Canada and enlisted with the Canadian Field Arillery (CFA). He later attended courses with the University of Toronto’s Training Company and was subsequently discharged from the CFA in order to obtain a commission in the British forces. Eventually joining the Royal Engineers, he was killed on 20 February 1918 while taking part in night reconnaissance at Ypres. Lt. Phillip Comfort Starr is buried in Bedford House Cemetery, West-Vlaanderen, Belgium.

#DYK – The British Army recruited about 100 000 men from China during the First World War to perform heavy labour on the Western Front. They were not part of the military force, but worked in the same conditions as the soldier labour battalions. Chinese Labour Corps transports passed through Canada on their way to Europe; these transports happened under strict secrecy and the recruits were not allowed to leave their trains, for fear that the local population would protest. At the time, Chinese immigrants to Canada were suject to a strict quota and a head tax.

Today is National Flag of Canada Day, marking 15 February 1965, when the “Maple Leaf” was raised for the first time on Parliament Hill. The new flag replaced the Red Ensign, under which the country had fought both the First and Second World Wars. Today’s image is a Red Ensign carried through the First World War by Private James Davidson. 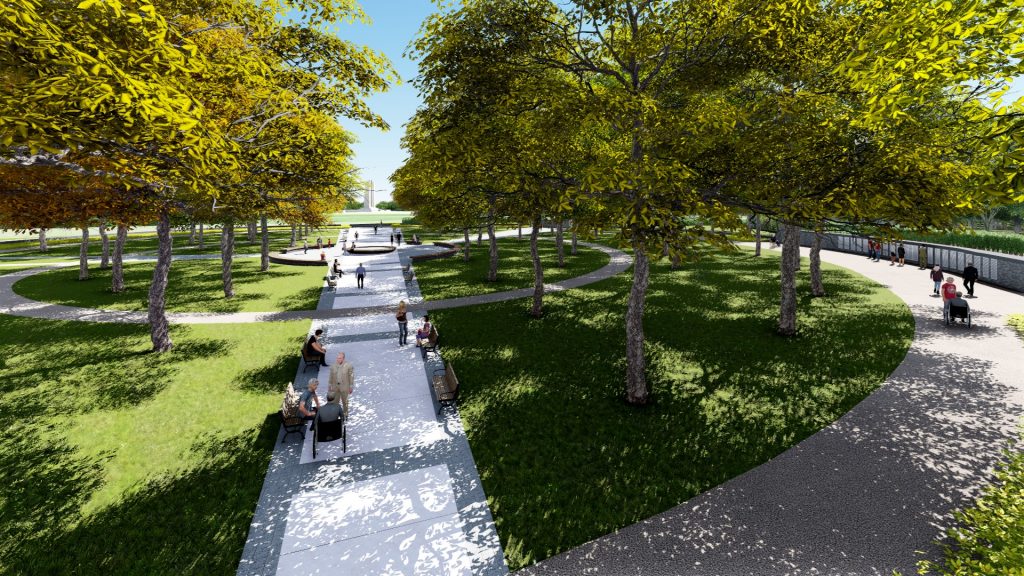 The Vimy Foundation Centennial Park in northern France will open this year, commemorating the centennial of the end of the First World War. Help support this project by purchasing a Vimy Oak to plant in your community and keeping the legacy of Vimy alive for generations to come. 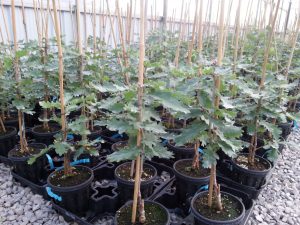 Ethelbert ‘Curley’ Christian was born in the USA in the 1880’s (the recorded date and location vary by source). A man on the move, Curley traveled extensively in his early years while working. In 1915, Curley was in Selkirk, Manitoba when he enlisted with the 108th Battalion (Selkirk) of the Canadian Expeditionary Force. Nicknamed “Curley” by his mother for the curls in his hair, Curley even signed his Attestation Papers as such.

Once overseas, Curley was transferred to the 78th Battalion (Winnipeg Grenadiers). During the Battle of Vimy Ridge in April 1917, Curley was severely wounded, likely from artillery fire, and, according to his family’s account, was buried in mud and debris for two days. When he was finally discovered underneath the debris, gangrene had set in his wounds, prompting doctors to amputate all four of his limbs. Fortunately, Curley would survive the horrific ordeal and return to Canada as the nation’s sole quadruple amputee of the First World War.

Forever a man on the move, Curley was not to be slowed down by the loss of his limbs. In post-war Canada, he became a sort of public figure, championing initiatives for the care of war amputees and disabled. While recovering at Euclid Hall in Toronto, he met a nursing aid, Cleopatra McPherson; the two would marry in 1920 and raise a child. In 1936, Curley boarded the S.S. Montrose and returned to Europe with the Royal Canadian Legion’s Vimy Pilgrimage. During the unveiling of the Vimy Memorial, Curley broke through the crowds and guards to introduce King Edward VIII to the blinded veterans.

Ethelbert ‘Curley’ Christian passed away on March 15th, 1954, at approximately 70 years of age. He is buried in the Prospect Cemetery section of the Mount Pleasant Cemetery in Toronto.

Wishing all the best to our #Canadian athletes at the Winter Olympics! #PyeongChang2018 #FeelTheMoment #WinterOlympics2018 #GoCanadaGo